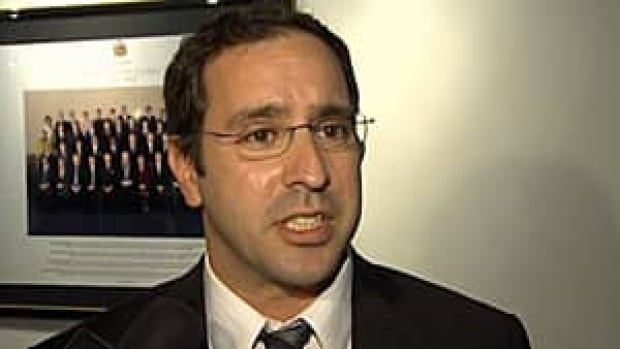 At City Hall Tuesday, the councillor for Ward 22, who is a longtime foe of the proposal to extend the subway line, asked councillors to have staff take another look at the cost of the plan and whether that money could be better spent in other ways.

Matlow spoke as council was debating how to best balance the city’s budget in the years ahead: by cutting expenditures, levying new taxes, selling off assets or a combination of all three.

“In no way in good conscience can I go back to my neighbours and say, ‘I want you to give us more money through new revenue tools,'” he said, “when I know for a fact we’re blowing their money out the door here.”

He said he would support the motion to have staff look at new ways to ensure the city’s budget could be balanced. But he would not support the section of that motion that calls for research into new taxes.

“I have an educated lack of confidence in some of the decisions that council makes in regard to our financing and I’m citing specifically the Scarborough transit debacle,” he said.

The plan to extend the Bloor-Danforth subway line from Kennedy Station farther into Scarborough was approved by council in the spring of 2013 after a long and often heated debate, which saw councillors scrap a proposal to replace the aging Scarborough RT with a seven-stop LRT line fully paid-for by the province.

Shortened route has just one stop

The provincial and federal governments agreed to help pay the multi-billion dollar cost of a three-stop subway extension that would include stations at Lawrence Avenue, the Scarborough Town Centre and Sheppard Avenue, where it was to connect with a planned light rail transit line.

The original cost of the line was estimated at $3.5 billion, with the province contributing $1.48 billion and Ottawa investing up to $660 million. The city would contribute $910 million, which it would raise with a special property tax levy and development charges.

But the route’s configuration — and the debate over the wisdom of a subway line into Scarborough — was never really settled, until this past January. That’s when city planners, Mayor John Tory and councillors agreed to a new, shortened line that would include just one stop at the Scarborough Town Centre.

Earlier editions of this story incorrectly stated that a motion by Coun. Josh Matlow could, if passed, re-open the debate over the Scarborough subway extension. Coun. Matlow referred during the debate to the cost of the extension but his motion did not mention the project.

To read this article in its original form, please visit: http://www.cbc.ca/news/canada/toronto/councillor-josh-matlow-attacks-scarborough-subway-during-debate-on-balancing-city-budgets-1.3620488