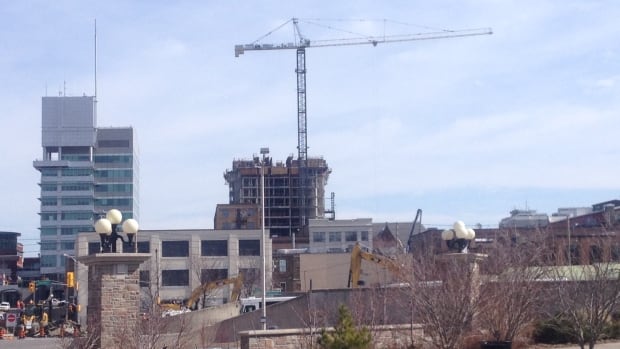 Several municipalities are calling on the province to change the way the Ontario Municipal Board operates. Guelph city councillor Cathy Downer says “bold reform” is needed.

In January, the Town of Aurora passed a motion calling on the province to limit the scope of what the OMB can address to matters of law and process. The OMB is a tribunal that hears applications and appeals under various land use planning laws and operates under the Environment and Land Tribunals Ontario.

Cambridge and North Dumfries have supported the motion from Aurora.

The City of Kitchener, however, deferred the motion until the fall.

Downer is currently working with Guelph staff to draft a motion that would support making changes to the board. That motion is expected to be tabled at the March 21 meeting.

“My motion will be wanting to look at more solutions than just the one. They (Aurora) said, ‘We want it stripped right down to the jurisdiction can only deal with law and process.’ I’m not sure if that’s the best solution or if that’s where we can go. But something definitely needs to be done,” Downer told CBC News.

Downer recently became involved with a working group that will be hosting a summit in May to talk about what is needed to improve the OMB, and they are hoping to take the results of those discussions to the Association of Municipalities of Ontario (AMO).

“They don’t want to step on AMO’s toes because AMO is the organized association that does a lot of advocacy with the province,” Downer said.

In 2013, the Region of Waterloo took the OMB to court over a decision the tribunal made to allow developers to have access to more than 1,000 hectares of farmland, rather than 85 hectares of property in urban areas that was set aside in the region’s official plan. The region’s official plan wanted to focus on growth in the cities’ cores and was in line with the province’s Places to Grow Act.

The OMB’s decision to side with developers shocked everyone, Downer said.

The issue was settled in June 2015, but the agreement included expanding development boundaries to include some of the prime farmland the region was trying to protect.

Other municipalities have spent millions to defend their official plans at OMB hearings, Downer said.

Toronto Coun. Josh Matlow has called to “free Toronto from the OMB.” On his website, he claims the OMB unfairly favours developers and the board’s decisions give “little deference to the rulings of democratically elected city councils.”

A petition has also been started to ask for OMB reform.

On his Facebook page, Cambridge Coun. Nicholas Ermeta said the motion made sense.

“While we’re not anti-development, we want our municipalities to have a greater say in the types of development happening in the city,” he wrote.

“My concern (along with many of my constituents) is that the OMB has made many decisions that have destroyed neighbourhoods – the motion does not eliminate the OMB but rather would restrict its powers.”

Aurora Coun. Tom Mrakas tabled the motion to ask the province to restrict the OMB to matters of law and process and his fellow councillors passed that motion in January.

He told CBC News municipalities would save a significant amount of money and staff time if applicants couldn’t appeal council decisions simply because they didn’t like the answer. 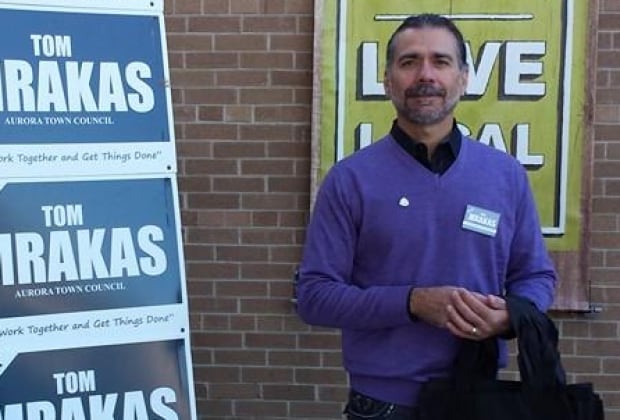 Tom Mrakas is a councillor in Aurora, Ont. (Facebook)

“It’s a futile exercise for me to attend public planning meetings. I sit there, I feel at the end of the day no matter what I say as a municipal councillor, it doesn’t matter. My decision doesn’t matter. I was elected by the residents of the community to represent them, and yet that decision that I decide to make on that application will, in essence, just be overturned or will be brought and appealed at the OMB,” he said.

Mrakas said if a municipality has made an error or overstepped their authority, then “absolutely” there should be an appeal process.

But he said developers will argue to the OMB that their plans meet provincial policy statement and good planning principles, and so they should have been approved.

“Yet our official plan also meets those same provincial policy statements and principles because it’s been approved by the province,” he said, calling it a circular argument.

He said he thinks this issue has taken off in other municipalities because it has affected everyone.

“The frustration level has boiled over,” he said.

The province has said it will review the OMB, likely starting this fall.

Downer said the working group is hoping its suggestions will mean actual change.

The idea of asking for change is received a “real groundswell” of support, she said.

“What we want is not just a review and tinkering of the OMB but we want bold reform,” Downer said.

This article can be found in its original form at: http://www.cbc.ca/news/canada/kitchener-waterloo/ontario-municipal-board-needs-reform-says-councillor-cathy-downer-1.3483903