Hydro One says the trees, which served as a sound barrier against nearby train tracks, were cut by mistake 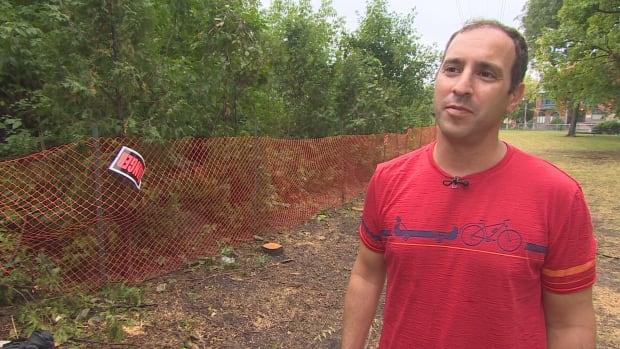 Coun. Josh Matlow says the residents he represents are angry Hydro One cut down mature trees that served as a natural sound barrier after promising not to at a community meeting. (CBC)

Roberston Davies Park was a quiet midtown green space — until Hydro One cut down the natural sound barrier provided by 29 maple trees that lined the nearby train tracks.

Summerhill-area residents say they were blindsided by the clear-cutting, and Hydro One says it was taken aback, too.

The power company had crews there last week to prune the trees away from power lines, but says workers chopped the trees down without permission.

They’ve issued an apology, but local councillor Josh Matlow isn’t satisfied, and told CBC News the community isn’t either. Matlow said the utility said it would need to do some pruning to protect power lines at a public meeting in past years, “but they did promise us that they did not have to, nor would they, clear-cut all these trees.”

“This doesn’t just affect our community; this affects the entire city and the province,” Matlow said.

“Hydro One is discussing the possibility of pruning or cutting trees in neighbourhoods across Ontario and I expect communities will be looking at what happens here for some direction, because if Hydro One breaks their word in one place … communities are going to wonder how they’re going to behave elsewhere.” 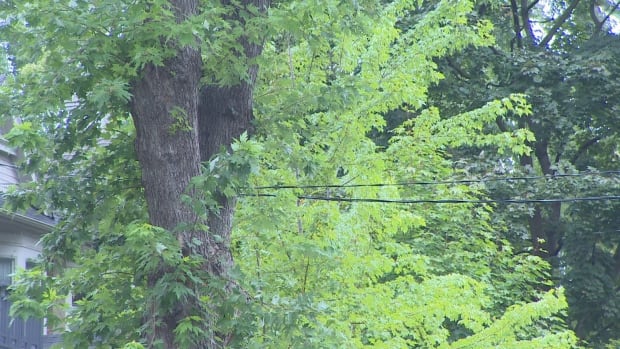 Hydro One has the authority to trim or cut down trees if they interfere with power lines, but says the ones in Roberston Davies Park were cut by mistake. (CBC)

Unlike developers or private citizens who may face fines if they cut down trees, Hydro One won’t: the power company has the authority to act if it finds power lines are in jeopardy. However, it says,in this case the tree-cutting was simply an error.

In a phone call with CBC News, Daffyd Roderick, Hydro One’s director of communications, said the workers at the park “felt that they couldn’t trim the trees in such a way that they could survive. So they made a decision on site that the best course of action was to remove the trees.”

That, he says, was an error.

“They didn’t follow our process, which is if they have to change their job plan … they’re meant to call their supervisor,” Roderick said. “That didn’t happen and it’s very, very regrettable.”

With files from Ali Chaisson

To see this article in its original form, please visit: http://www.cbc.ca/news/canada/toronto/summerhill-hydro-one-trees-1.3757084