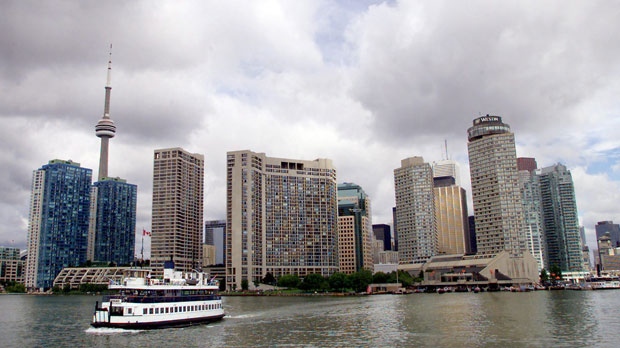 A view of the city of Toronto’s waterfront is seen from Lake Ontario on Sunday, June 25, 2000. (The Canadian Press/Kevin Frayer)

Organized by Coun. Josh Matlow, the meeting held at North Toronto Collegiate Institute brought together area residents to examine the functions of the board, and whether it should be reformed or eliminated altogether.

The OMB is an unelected provincial body that currently has the final word on all development-related projects across the province, including Toronto. Many contentious development projects initially rejected by the city have later been greenlit by the board, overruling the city’s Official Plan and angering residents and councillors alike.

In 2012, city councillors moved a motion to ask the province to remove its oversight of Toronto’s planning process. The motion passed 34-5.

“There’s so much development going on in this neighbourhood that often doesn’t seem to pay any attention to what the city is asking the developers for,” area resident Andy Gort said.

“The OMB doesn’t seem to be very sympathetic to what Toronto wants, and that’s why I’m here tonight.”

‘What’s good for the city needs to be thought of through the planners, the residents, and city councillors – not by the OMB,” echoed Cathie Macdonald, a former city planner.

“I think the OMB should use more of the mediation process,” urban planner Terry Mills said.

“People should become more informed about how decisions are being made, and also I think those decisions should be made in a public space, rather than in a dark room with a few people.”

The two-hour meeting was moderated by the Toronto Star’s Christopher Hume.

This article can be found in its original form at: http://www.cp24.com/news/toronto-residents-examine-power-of-omb-at-town-hall-meeting-1.2753509