Globe and Mail: A Scarborough subway: Do the numbers add up?

Globe and Mail: A Scarborough subway: Do the numbers add up? 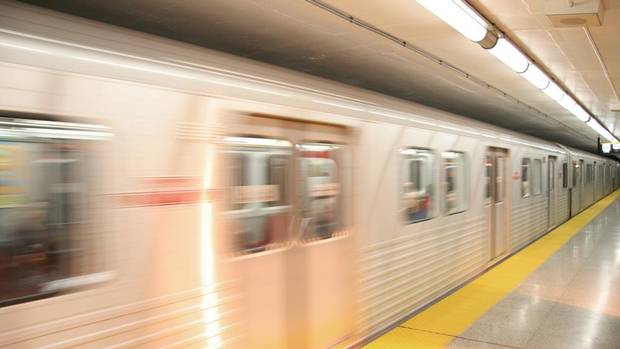 When Toronto dug its first subway, the long lines of streetcars on Yonge were proof of a ready-made ridership.

More recently, though, subway boosters have needed to weigh potential demand when making the case for the expensive form of transit. Which is why the city planning department’s new and higher Scarborough ridership projection last year was so pivotal, and so controversial.

An old ridership projection pegged peak one-direction usage at 9,500 passengers per hour, barely enough to justify a subway extension. The new one – which appeared as the transit debates rose to their crescendo – boosted peak ridership to 14,000, almost beyond the capacity of light rail.

In a stroke, the case for a subway was much stronger.

Amid political squabbles, good projections can help cut through the debate and offer the closest thing to an impartial assessment of a subway line’s worth. But if they’re wrong, they can help lumber a city with an expensive white elephant such as the under-used Sheppard subway.

The problems on Sheppard – where ridership is about one-third the original projection, forcing heavy subsidies – speak to the dilemma with forecasting. Planners looking to the future have to make assumptions that could, with the benefit of hindsight, prove unwise.

In the case of the Scarborough extension, the bulk of the nearly 50-per-cent increase in projected ridership is based on two decisions that raise questions. Planners assumed a train frequency that does not appear budgeted for and they assumed that transit projects that today are unfunded lines on the map will be completed.

But these assumptions are not cast in stone. Although pro-subway politicians like to declare the project irrevocable, the planners who produced the Scarborough projection are the first to stress that their work is preliminary. Even though all three levels of government have committed big dollars to the project, much more analysis needs to be done and a more accurate ridership figure has yet to be determined.

Councillor Josh Matlow, who continues to advocate for a light-rail line in Scarborough, views the latest number with skepticism, He still recalls how frustrated he was at council trying to determine the basis and validity for the increased ridership figure that emerged at such a pivotal moment.

“Right now it’s still clear that there’s different numbers that are competing with each other,” he said recently. “It’s not like we just didn’t happen to have the information. I clearly asked for the information… that information never came to the floor of council… and council decided nonetheless just to move forward, regardless.”

With the debate about Scarborough continuing to reverberate through the mayoral election – as recently as late June, Premier Kathleen Wynne had a chance in a press conference to state definitively that the province’s funding for transit in that part of Toronto would be for a subway only and chose not to do so – The Globe took a close look at the math.

Although subway boosters have argued for years in favour of more underground transit in Scarborough, the numbers undermined their case.

But there were signs of hope in 2013, when the transit debate heated up again and city planning staff produced new data showing peak ridership of 14,000 per direction per hour by 2031. This represented a huge rise over the previous projection, done in 2006, which pegged peak ridership by 2031 at 9,500 people an hour, easily within the capacity of an LRT.

Mike Wehkind, program manager with the Transportation Section of the city’s Planning Department, said that the “lion’s share” of the jump was because the model they were using to project ridership assumed an increased frequency of trains in the subway extension.

The model back in 2006 assumed that half the Bloor-Danforth trains would go only as far as Kennedy and then turn back, with the remainder carrying on to the final station. The new model – based on current TTC service levels – assumes every train will continue on to the end of the line.