As Toronto continues to grow, technology and more specifically the role of technology in urban growth has become a fixture of much academic and political discourse. NXT City, a non-profit organisation that helps to connect young urban leaders with city-builders and facilitates the shaping of Toronto’s public places, focused on this discourse in their latest quarterly NXT City Talks event held on September 22, 2016.

Titled ‘Smart Spaces: Will Tech Disrupt Public Space?’ the panel discussion focused on the roles that technology can play in public programming for urban spaces as well as how newly emerging services like public Wifi, wayfinding apps and developments in mapping affect the public realm. The panel consisted of Ward 22 City Councillor Josh Matlow, Co-Founder of Civic Tech TO Dorothy Eng, Co-Founder of ProjexityMarisa Bernstein, and Co-Founder & Global Advisor of YouthfulCities Sonja Miokovic. 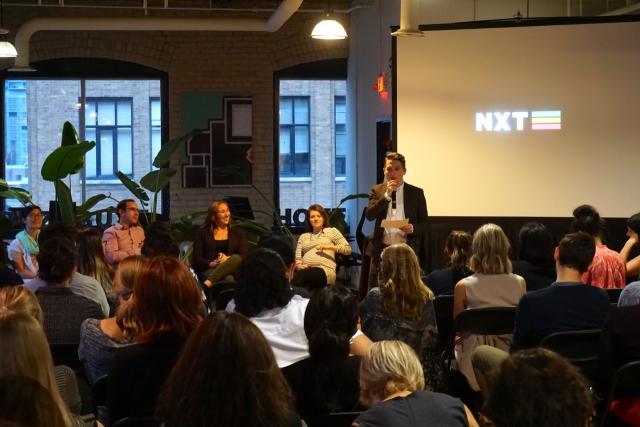 Moderated by Mathew Slutsky, President of BuzzBuzzHome, the conversation started off with the provision of Publicly Accessible Wifi and how Toronto fares in comparison to other global cities in providing it. Public Wifi facilities were cited as a way to make the city more tourism-friendly as well as being on trend with the rise of the sharing economy and the start-up growth occurring in the city. Councillor Matlow offered that a free public Wifi plan is in the works, having been brought up in past council meetings, though there remains some apprehension in regards of how to implement it. Public Wifi provision is also seen as a method to bring internet connectivity to those who may not be able to afford it in their homes. 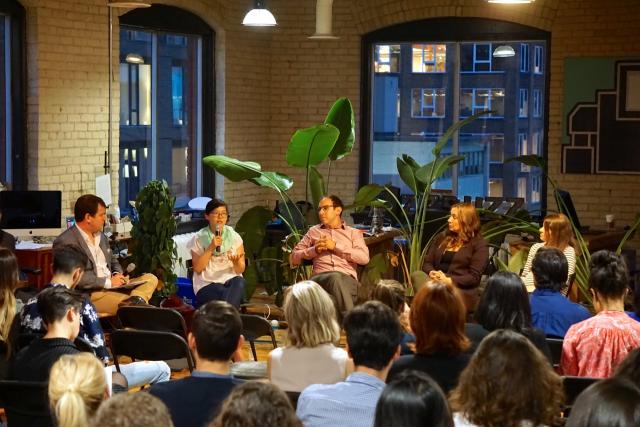 The discussion then turned to the work the panellists are doing in their respective organisations and how they weave technology into both it and their lives. With regards to Civic Tech TO, Slutsky asked a question about the efforts that have come as a result of the weekly collaborative Hackathons that Eng’s group organises. Eng explained that the weekly hacking events provide a space that people can come back to, and are interested in working with others to create projects focused on making Toronto better. Regarding the YouthfulCities index and its corresponding survey, Miokovic pointed out that the quality and quantity of public spaces is always at the top of the list of twenty attributes YouthfulCities uses to create its rankings.

Bernstein’s work at Projexity shows that public space is increasingly evolving to include the digital realm as well. The Projexity platform evolved from an interest in unpacking what public space means, now helping to facilitate urban projects at the launch level. Bernstein used the City of Toronto’s own website as being an example of one such ‘digital public space’, offering that the City should use the booming start-up culture to make some of its information sharing sites easier to use. 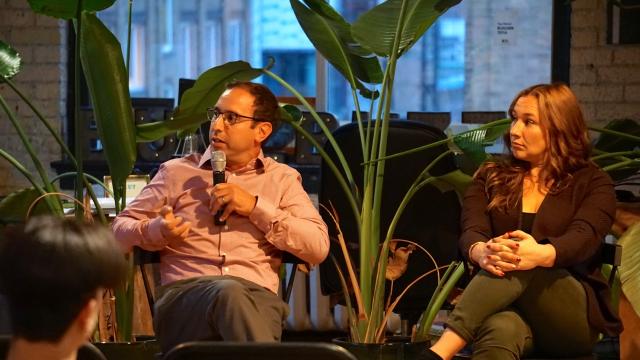 The panellists all appreciated how smart technology can help make public spaces safer and can raise engagement, including the example of how citizens can now tweet 311 in order to put things like decrepit bike frames on the City’s radar. The panelists also sidestepped for short periods on topics like how new technologies could be used in projects like Rail Deck Park, or how technology can also negatively disrupt areas as well, with the recent Pokemon GO controversy at the busy Jack Layton Ferry Terminal. Bernstein and Councillor Matlow had a spirited back and forth on whether or not the City had overreacted to Pokemon GO, with Councillor Matlow explaining that it was noise complaints from local residents around the terminal that prompted them to take action. Bernstein countered that citizens in dense urban areas have to expect a certain dynamism, and that this may set an unfortunate precedent for other wayfinding and augmented reality applications. 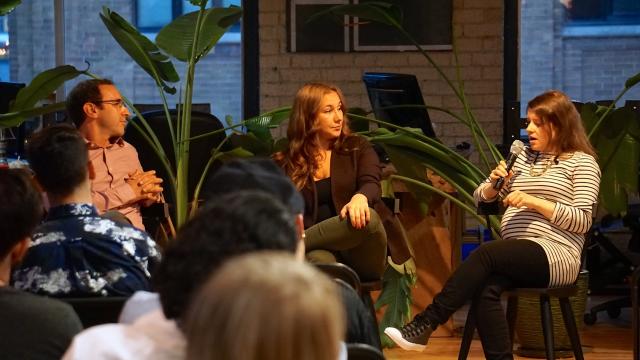 The event wrapped up with Slutsky asking the panellists what they thought was the next big trend in technology and public space. Eng thought that it would be increasing citizen engagement through digital means, Councillor Matlow added that it would be more autonomous vehicles on the streets. Miokovic said that she would like to see more options for play in public spaces and that new technologies could help create a way for that and Bernstein ended with her belief that it would be smart platforms that aid post-disaster mitigation and help mobilise the creation of safer spaces for people in cities.

To read this article in its original form please visit: http://urbantoronto.ca/news/2016/09/nxt-city-talks-how-tech-can-disrupt-and-enhance-public-space