The former Imperial Oil Building at 111 St. Clair Avenue West has stood as an important landmark in Toronto’s Deer Park community since it opened in 1957. Following the office building’s closing in 2005, developer Camrost-Felcorp embarked on the ambitious endeavour of converting the Mad Men-era structure into a condominium development, renamed as Imperial Plaza. 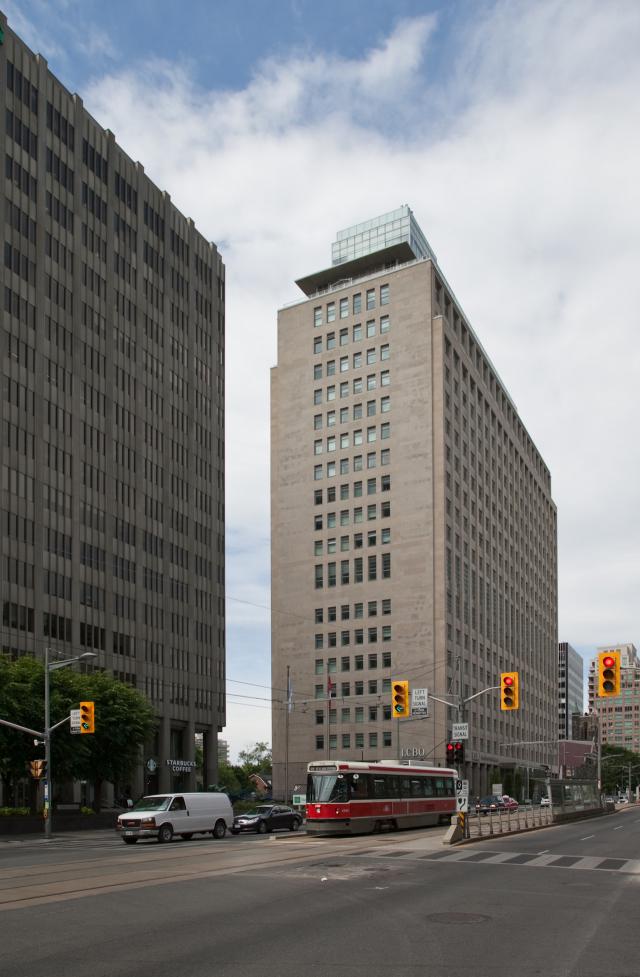 Since celebrating last year’s official openings of an LCBO location and a Longo’s ‘Urban Market’ on the ground floor of the development, the two retail spaces have worked together to foster a lively environment on this stretch of St. Clair Avenue West. The two retail spaces are resplendent with paired original murals by the late York Wilson called ‘The Story of Oil’, preserved from the original office lobby, as well as a number of gorgeous historical flourishes throughout, their preservation overseen by heritage specialists ERA Architects.

The two sides of York Wilson’s ‘The Story of Oil’, image by Jack Landau

The Story of Oil is made up of two murals, each measuring 32 feet long by 21 feet high. The left panel—found within the LCBO retail space—depicts the history of the oil industry, and is referred to as “The Discovery of Oil”. The right panel—found within the Longo’s space—is referred to as “The Future of Oil”, and depicts mid-20th century predictions for the oil industry’s future. 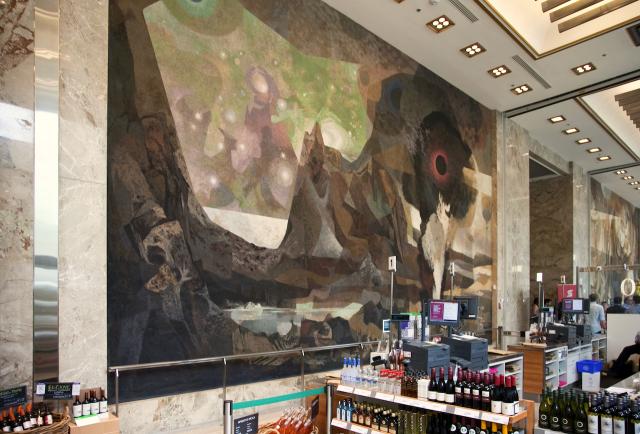 Left panel of The Story of Oil within the LCBO space, image by Jack Landau

As of next month, it will have been a full 60 years since York Wilson began work on these murals, which were his fourth public commission. According to Barbara Mitchell, Director of Collections and Donations at the York Wilson Foundation for The Arts, “the plaster surfaces had to be applied and roughed to

[Wilson’s] satisfaction, then 14 gallons of undercoat were applied, and finally, with the end of August [1956], his two hired assistants arrived.” The next steps in the artwork’s evolution was the outlining of the compositions in india ink on the prepared surfaces, followed by the painting of the murals themselves. 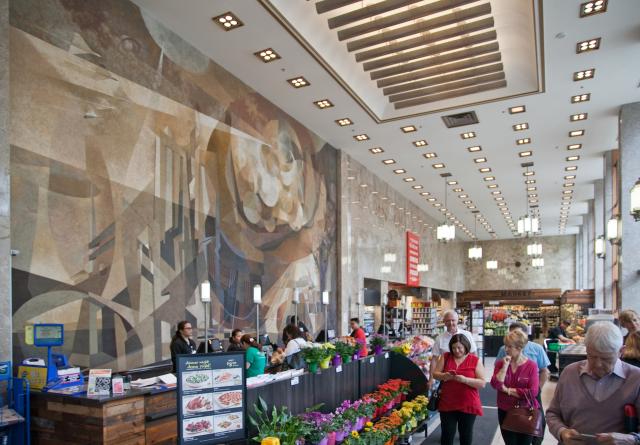 Right panel of The Story of Oil within the Longo’s space, image by Jack Landau

This morning, the building’s history was recognized by Heritage Toronto with the unveiling of a plaque highlighting the history and significance of the building. According to Heritage Toronto board member and Partner at Ventus Group Peter Berton, “[the] historical plaques program tells the stories of the people, places, and events that shaped Toronto.” Despite being passed over in favour of the innovative design of Toronto’s current City Hall, the design was purchased by Imperial Oil, who’s namesake building has since grown to become a local favourite, described by Berton as “an iconic example of its time”.

Guests attending this morning’s unveiling were treated to complementary coffee and snacks provided by Longo’s, as remarks were made by Peter Berton of Ventin Group Architects, David Feldman, President and CEO of Camrost-Felcorp, Barbara Mitchell, Director of Collections and Donations at the York Wilson Foundation for The Arts, Matthew Hilborn, a Manager at the nearby ScotiaBank branch at Yonge and St. Clair, and Josh Matlow, Toronto City Councillor for Ward 22 St. Paul’s. Following remarks, the speakers joined together to unveil the plaque. 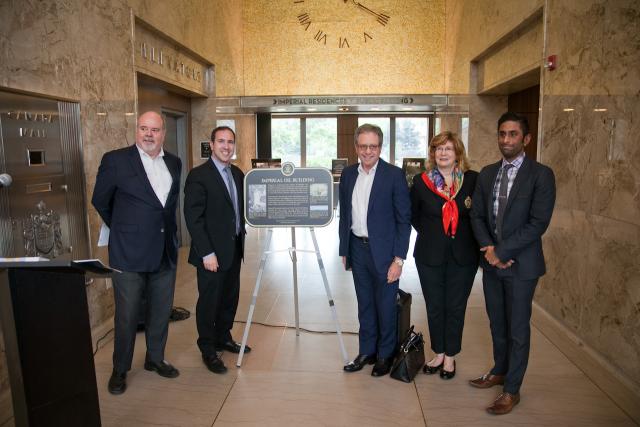 Below is a detail shot of the plaque itself. 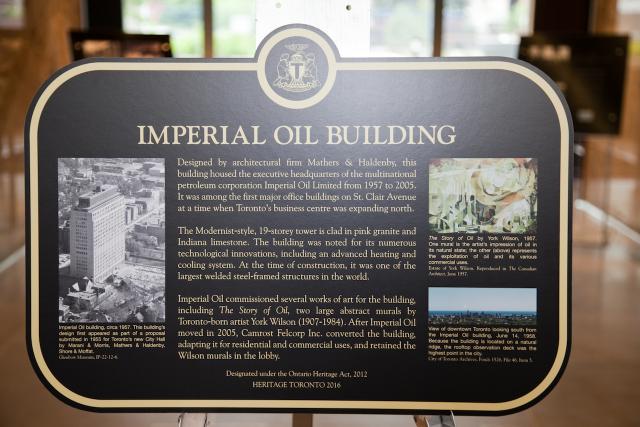 Heritage Toronto plaque for the building, image by Jack Landau

To see this article in its original form, please visit http://urbantoronto.ca/news/2016/06/heritage-toronto-celebrates-imperial-oil-building