Over the next two decades, the number of seniors in Toronto will more than double. To prepare for this, I initiated the Toronto Seniors Strategy – in 2013. With 86 of the original 91 recommendations now implemented, City staff and I, in my capacity as Toronto’s Seniors Advocate, are working with older Torontonians, caregivers, agencies and other orders of government to co-create the next version of our strategy – TSS 2.0. This next phase will be completed in the Fall.

An important goal for version 2.0 of the Toronto Seniors Strategy is to start re-framing how seniors are referred to in City policies and practices. That’s why I’m pleased to announce that my motion, Planning an Age-Friendly Toronto, was approved at City Council this week. It makes an explicit link between Council’s commitment to being an age-friendly city and the City’s Official Plan. When the new Official Plan review process begins in the next few years, we will be reinforcing and building on policies in the current plan that are consistent with creating an age-friendly built environment.

Also, I was honoured to recognize my friend, Frances Chapkin at Council this week. Frances has been chosen as Ontario’s 2017 Senior of the Year! This is a well-deserved award for someone who has devoted decades of her life to volunteer work aimed at improving the lives of our elder population. 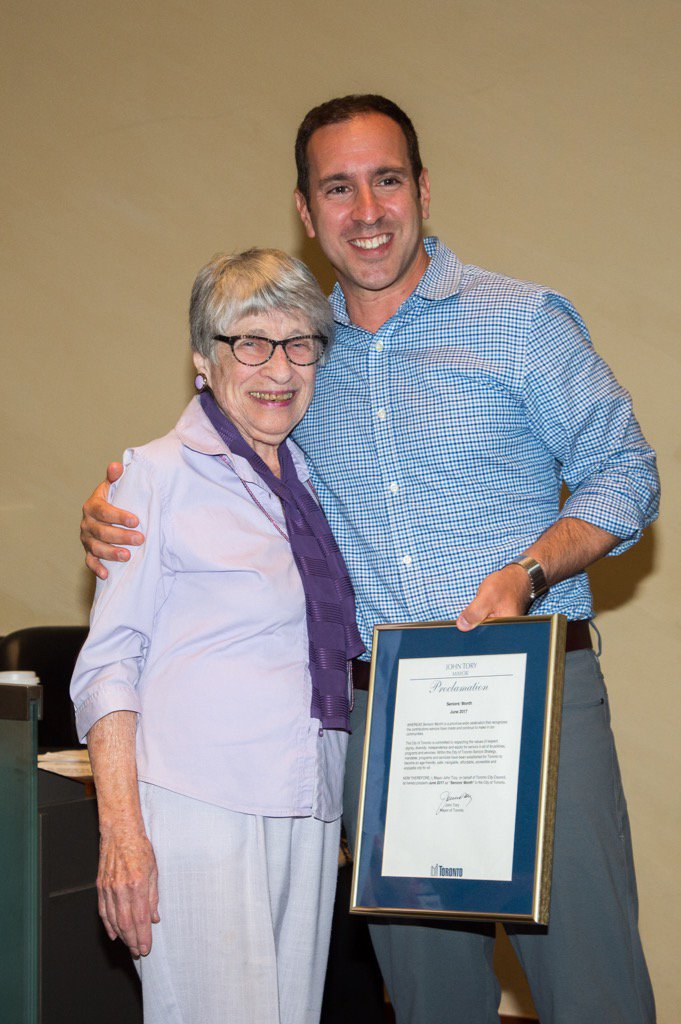 (Josh at the City’s Seniors Month Launch Event with Ontario’s 2017 Senior of the Year, Frances Chapkin)