Council decided this week to move forward with a 17-stop LRT extension of the Eglinton Crosstown from Kennedy Station to the University of Toronto’s Scarborough Campus (UTSC). While I strongly endorse this LRT line, the Mayor’s continued support of the 1-stop Scarborough subway has left no funding available for this Crosstown extension.

Further, the City’s planners are left to twist themselves into knots to make the 1-stop subway work with a proposed, and also unfunded, 6-stop extension from UTSC to Malvern that will waste hundreds of millions of dollars to provide just as long of a commute to Kennedy station as they currently have.

If we chose to put people over politics, and move forward with the planned 7-stop LRT to Sheppard Ave, serving Scarborough Town Centre and Centennial College, the City would be able to afford to build the 17-stop Crosstown extension and be in a better position to provide rapid transit that will have a positive impact on the lives of Malvern residents. An extension of the Scarborough LRT Phase 2, which was already planned for in the 2010 Environmental Assessment, shows that it would take 16 minutes to travel from Malvern Town Centre to Kennedy, while it would take over 33 minutes using the Eg Crosstown extension through UTSC 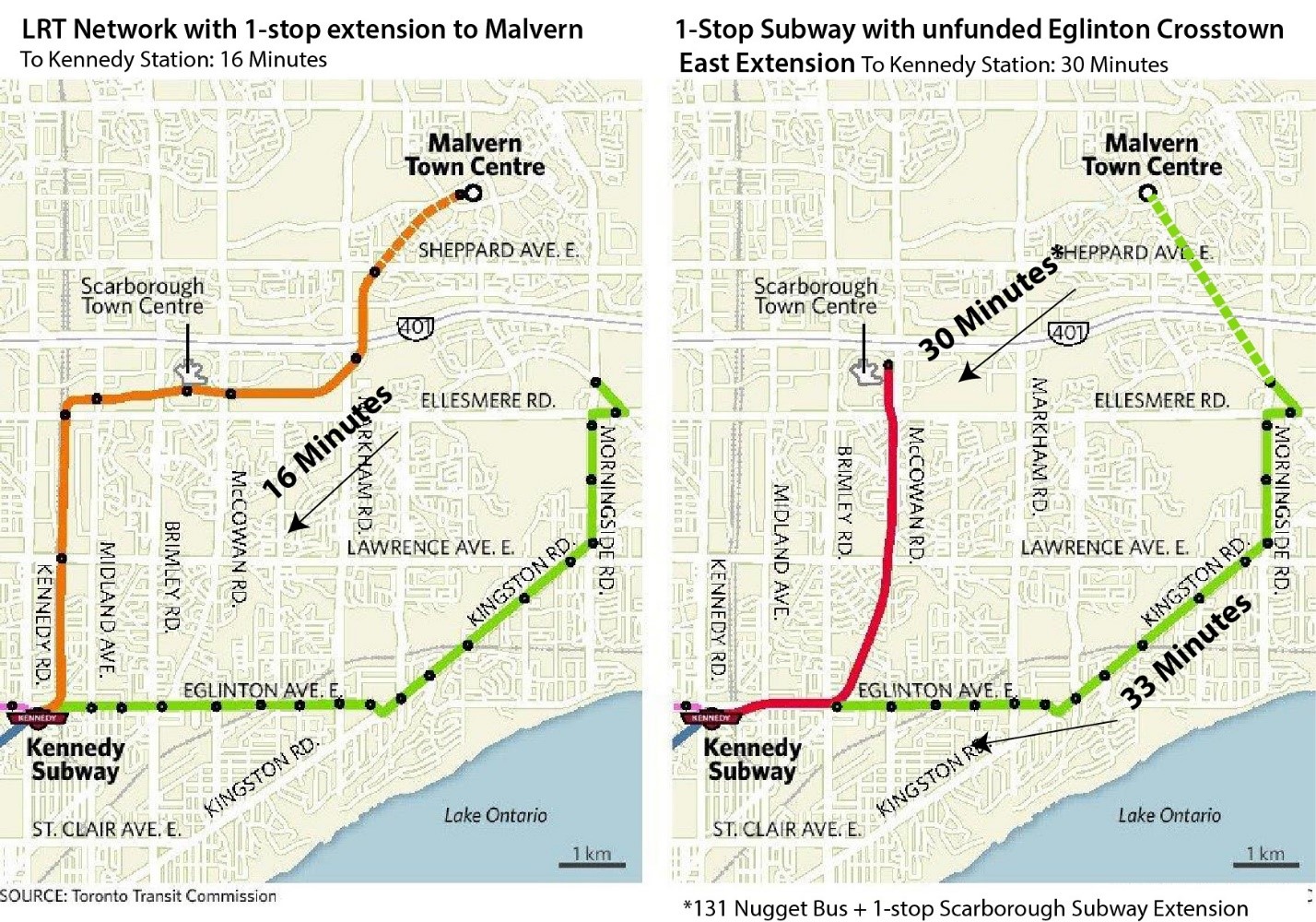 Below is a picture of the planned, completely traffic-separated, LRT station in Malvern. 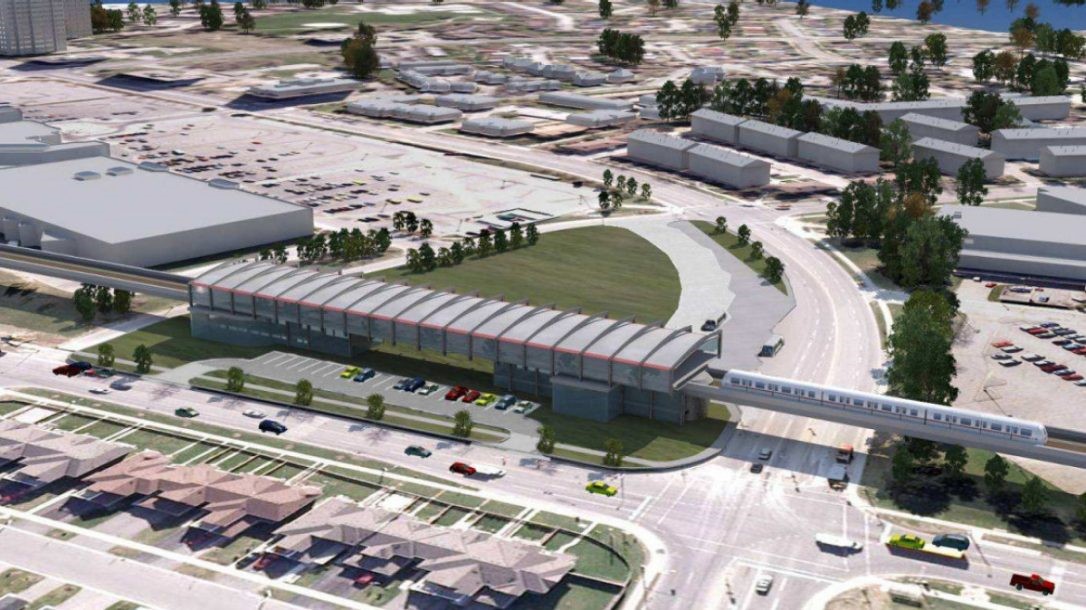